I had some spare time lately and I had the chance to re-write one of my old favourite tools: QueryLauncher.

Sometimes you find yourself alone and you need to run a query or a set of queries against a data warehouse that has hundreds or thousands of SQL Server instances. How to do that?

The new version only takes 20 lines of code as it uses DBATools and ImportExcel libraries. So no need to install Office suite on your jump server.

Then modify the first line of the script and insert a list of target server names:

…and voilà, you are good to go, watch the video: 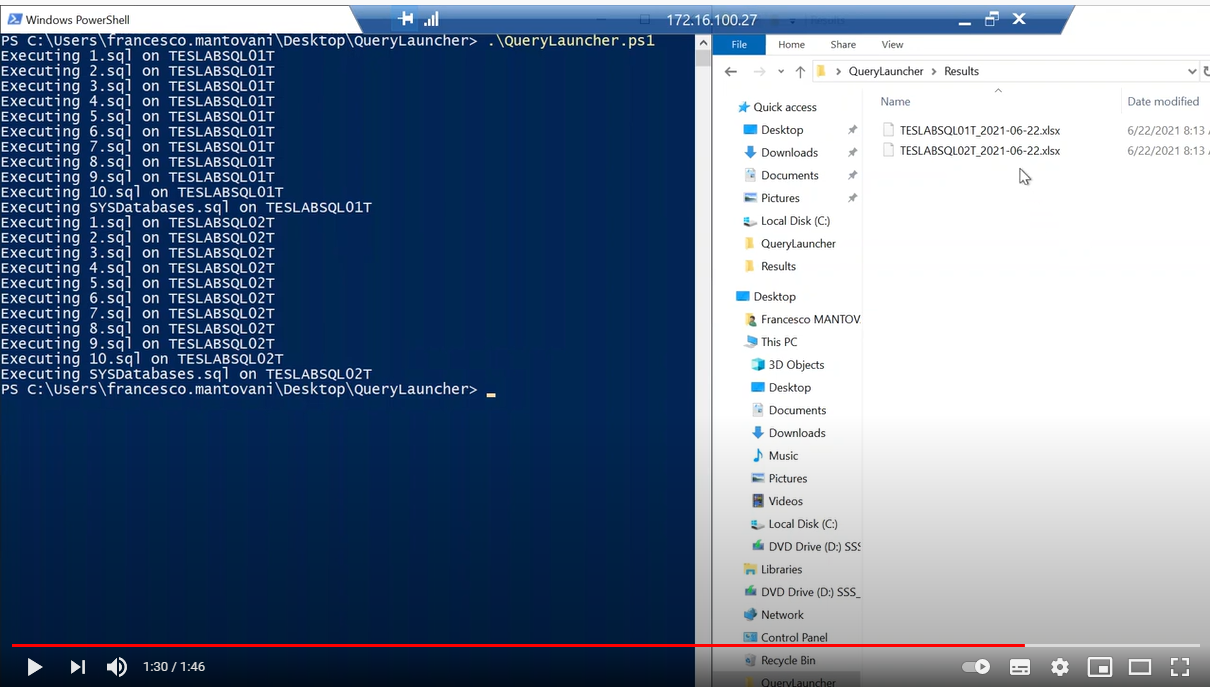 I really like this tool as it allows me to run not only one query but a set of queries against a whole data warehouse.

Thanks to DBATools now the connections are handles by a solid library and thanks to ImportExcel library you don’t have to hardcode the Excel import with COM objects.

And now stop blogging and go to do real work, poor DBA!

Problem In one of my previous post I was discussing how to discover your SQL Server estate. Now that you…

Scenario Someone told you that migrating your SQL Server estate to the cloud would have lowered your costs. So you…

Few days ago I had the time to update one of my too called SQL_Spring_Cleaning. This made me figure out…

Problem In my life I've lost flights, trains, my wallet, keys... and yes, sometimes is normal to forget databases here…